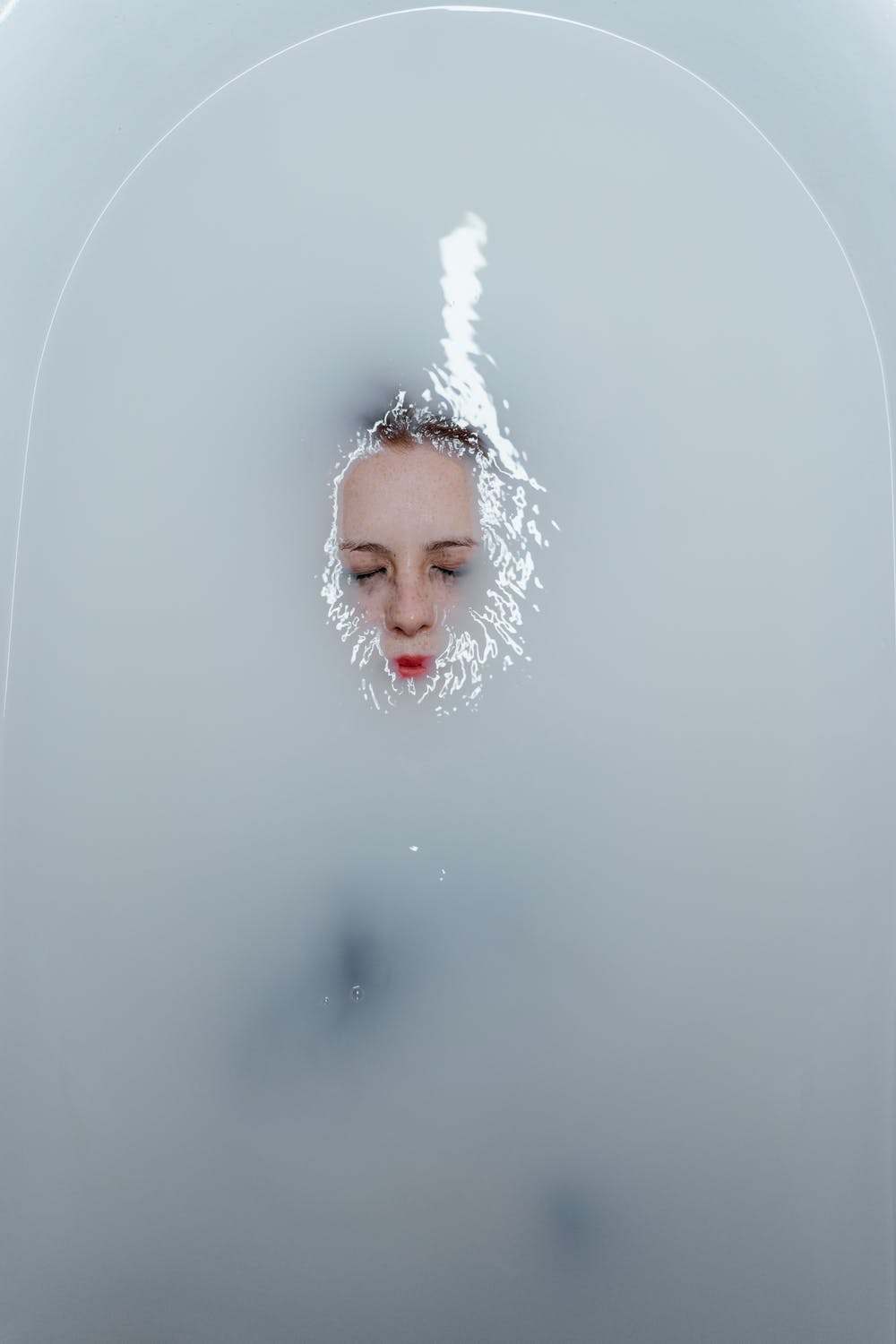 It was an unfortunate decision that I regret immensely. Well, no, that’s being dramatic. It’s more of a moderate discomfort that left me with a disturbing thoughts and feelings. What was I thinking? I knew it would be a mistake before I did it. Did that stop me?

No, it did not. Once again, I mutter under my breath, what was I thinking?

You might assume that I did something grand or adventurous that had a dubious conclusion. I don’t blame you. It’s quite the setup. It sounds juicy or is it tea? Which beverage did you choose? It doesn’t really matter.

It wasn’t a big thing, and I’m blowing it way out of proportion for dramatic effect because, golly gee, it’s more enjoyable that way. It was an unfortunate misstep that tickled the part of my brain that overthinks every bloody thing. I hate that part of my brain, grr.

So, what did I do to warrant an overemotional response? I watched a movie. That’s right, a moving picture filled me with remorse. Damn, my decision-making abilities. Curse my impulsivity. I must’ve been possessed. It’s the only explanation, or I’m still taking medication for a back injury.

Never make a decision under the influence of certain intoxicants. Even when you’re taking them under medical advisement, it’s best to minimize the necessity to choose things. You will have so many regrets, remorse, and dohs when it wears off. Don’t do it, and that’s my pro tip for the week.

It wasn’t a naughty movie, as a certain generation would put it, and it wasn’t scary. Nothing went bump or boo, and heads didn’t roll. There wasn’t any blood or gore. I don’t think they allow those things in kid’s films.

Yes, you read that right. The target audience is pint-sized, and they’re just learning how to write the letter G.

Does that diminish the trauma? Ha, it was a Disney movie. Do I need to say more? Am I the only one scarred by the Mouse and his freaky companions? Disney movies are terrifying, and no one will ever convince me otherwise.

My childhood may have been marred by pain, suffering and death, but none of that compares to the trauma I endured watching Disney movies. Who thought a dancing, singing mouse was cute? Why do they kill mothers with such recklessness and enthusiasm? And don’t even get me started on everything that’s wrong with Fantasia.

I still have nightmares. Images are floating through my head, and I want to rip them out with my bare hands. I’m not sure if I should shiver or vomit. Why choose? Pardon me, I’m going to wash my brain out with soap.

Disney movies are mind-bending, reality-twisting, mind fuckery that bewitch the emotions and tickle the mind. It’s unpleasant, to say the least. They are the epitome of horror. My breath trembles as I exhale with slow timidity.

Forgive my language. I try to keep this PG for those with a sensitive disposition but, I’m feeling out of sorts. I’m beside myself with emotions I didn’t want to acknowledge. I usually ignore them, lock them away in a dungeon, or drown them out with loud humming. Alas— yes, I said alas— I’m overcome by my thoughts and those other pesky things.

I cannot ignore it, not anymore, so here I am. Doing the one thing that cleanses the unpleasantries from my mind. Sure, you didn’t sign up to be my therapist, and it’s a lot to ask. But I need to talk to someone, and you’re the only one here. It falls on your broad shoulders, stout heart, and gentle, kind spirit.

Or, you could stop reading. That’s always an option. I wouldn’t know, and I couldn’t stop you. Did you do it? Did you click away? Did I accidentally write cluck instead of click and have a little chuckle? Ah, my typing digits are silly little nubbins, but I fixed it.

If you’re still here— thanks for that— you’re rightfully wondering what movie could prompt such a response. It would be cruel of me to keep you in suspense, drag this out, and make you wait any longer. I mean, what kind of monster would do that?

This isn’t the type of movie I usually watch, but it was a stormy day, I’m dealing with a lot of chronic pain, and I needed something light. Something cute and sweet. It looked colourful and heartwarming. Just what I needed to lift my spirits.

So, I clicked on Encanto and settled in for a musical escape.

The animated film is about the Madrigals, a magical family living in an equally magical house somewhere in the Colombian mountains. Our protagonist, Mirabel, is the only ordinary person in the family, and she discovers that the magic is in danger. She sets out to save it and her family despite having no special gifts.

There’s a lot of singing— the incredibly talented Lin-Manuel Miranda is behind it— dancing and an emotional journey through questionable family dynamics. It’s beautiful, and there’s a powerful message. In the end…Oo, spoilers.

Credit where it’s due, they created a film that children will love, and adults will be triggered by deeply buried emotional trauma. Everyone will identify with at least one character. The person who feels ordinary and devoid of any gifts. The perfectionist who’s so scared of failing that they forgo their own happiness. Or the person who feels every emotion strongly but they’ve been told to bury it. Heaven forbid they inconvenience others.

The character that I connected with? The sister that’s strong, brave, and never falters. She feels like she has to hold everyone’s burdens on her shoulders because she’s the strong one. Ridiculously weighted objects are thrown at her because everyone expects her to carry the load without a drop of sweat.

This character has a song that sucker punched me. It’s called Surface Pressure, and you should listen to it if you can. While not all of the lyrics apply to me, the feelings behind these words took my breath away:

I hide my nerves, and it worsens, I worry something is gonna hurt us

I think about my purpose, can I somehow preserve this?

Line up the dominoes

You try to stop it tumbling

But on and on it goes

If I could shake the crushing weight of expectations

Would that free some room up for joy

Or relaxation, or simple pleasure?

Instead we measure this growing pressure

‘Cause all we know is

Watch as she buckles and bends but never breaks”

There are two words that people have used to describe me: Strong and brave. I have a tumultuous relationship with these descriptors. I know they’re compliments. We live in a society that values strength and bravery over just about everything else. We’re taught that these things are virtues. If you want to be the hero of your story? These are the qualities you have to possess.

It’s expected and, in some cases, it’s demanded. Be brave. Be strong. Never falter. Never break. Never, ever show any sign of weakness. That’s how you survive, get ahead, and thrive. Anything less? Well, it’s met with derision.

But what happens when we get tired? Shush, we don’t talk about that. Except, we all get tired, don’t we? Hush up!

Some recently told me that they’re praying that I can continue to be a pillar of strength in difficult times. I smiled and gratefully accepted the spirit of intent. Their heart was in the right place, and they were trying to be kind. I really appreciate that, but…Sigh.

When was the last time you were given a choice? I’m sure you’ve been through a lot of hard times in your life. You’ve had to dig deep and find the strength to go on, but was it a choice? Were you handed a card with an opt-out option? Do you want to be strong and endure a great deal of pain and torment? No, I don’t think I will, but thanks for asking.

You didn’t get one of those? Yeah, neither did I.

I was diagnosed with Chronic renal failure when I was three years old. I’ve had three kidney transplants. I’ve died a few times too, and there was a lot of other stuff piled on top of that. No one ever asked me if I wanted any of it; I wasn’t given a choice. I didn’t choose strength or bravery. I held on with white knuckles and prayed for it to end.

Does that make me weak? How about pathetic? Or it’s simply human. Maybe we could embrace weakness with the same enthusiasm as we celebrate its opposite?

It’s a lot to ask of someone, anyone. No one can be brave or strong all the time. It doesn’t matter what’s thrown at us. It doesn’t matter how hard we try. Our knuckles need blood flow, our arms get tired, and we have to let go at some point.

What if we treated signs of weakness as strength? What if, a hero sits on the floor and cries because they can’t go on? Instead of telling them to dig deep, we sit next to them, put our arm over their shoulder, and say, “You don’t have to be a hero, I’ve gotcha.” You don’t have to be on all the time.

Life can be a lot, and I can’t be strong, not all the time. I’m weak, tired, and some days I sit on the floor and cry it out. There’s no shame in that. So, if no one’s told you this before, it’s okay to crumble when you have nothing left to give. God knows we’ve been strong for way too long.